25% off on SPECIALTY COFFEE 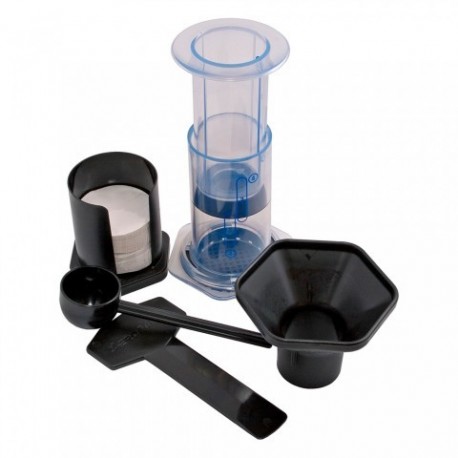 The device consists of two nesting cylinders.One cylinder has a flexible airtight seal and fits inside the larger cylinder, similar to a syringe.The cylinders are moulded of polypropylene, tinted a grey colour. The first Aeropress were moulded of clear polycarbonate, then later of copolyester,clear and later tinted. AeroPress switched to copolyester in 2009 because unlike polycarbonate, copolyester does not contain Bisphenol A (BPA).To reassure customers still using the original models, they also claim testing they performed showed no leaching of BPA into brewed coffee from the polycarbonate.

Notify me when available

30 other products in the same category: